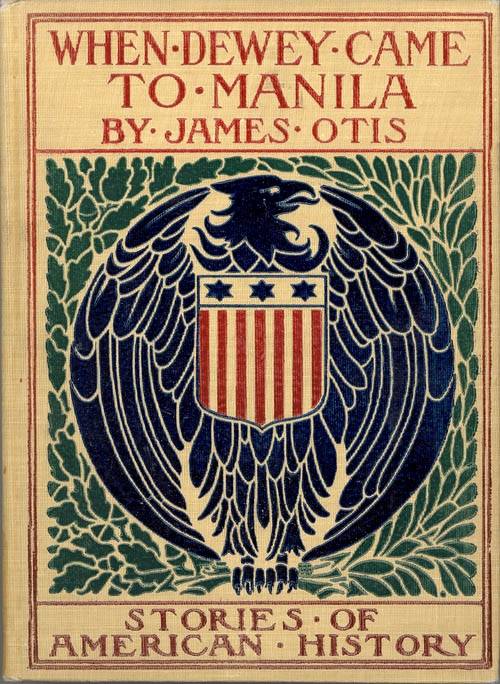 When Dewey Came to Manila, or Among the Filipinos, by James Otis (pseudonym of James Otis Kaler)

Sacker did bindings for a number of Otis titles, involving eagles and other patriotic symbols. Another Sacker variant is shown below, in blue; it was used for other Otis titles as well. I have identified twenty-four Otis titles with Sacker designs, but there may be many more, as Otis wrote over 170 books for children! An alternative binding design, by an unknown designer, also appears on several Otis books, in at least two colors, blue and green [see below]. (The blue cover above comes from the collection of the Delaware Art Museum.)