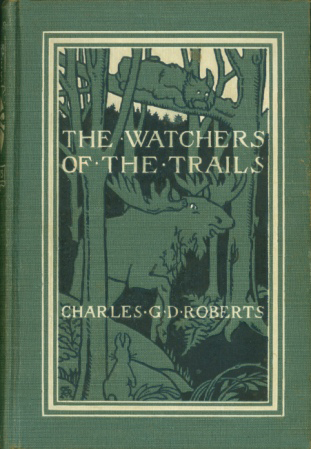 The Watchers of the Trails, by Charles G. D. Roberts

This title, one of several Roberts books that Sacker did, has both gilt and white decoration on the cover. This may depend on the publisher. It also exists in bright yellow/tan, with white animals and red lettering and sky (see below). By the 19th impression (1953), half the design, and Amy's monogram, were gone, although the moose's eye remained !! [see below]  An ad in the December, 1904 issue of The Lamp points out that Sacker designed the cover of this book (also see below). 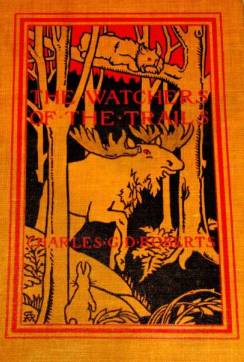 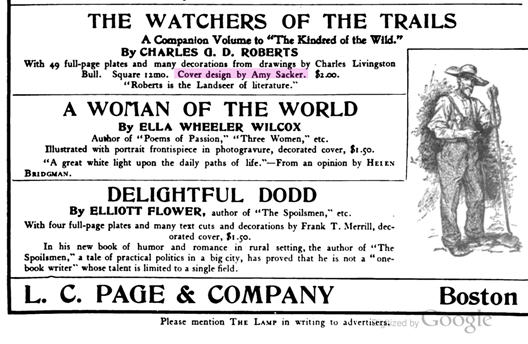