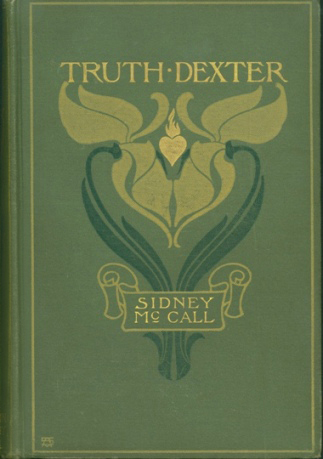 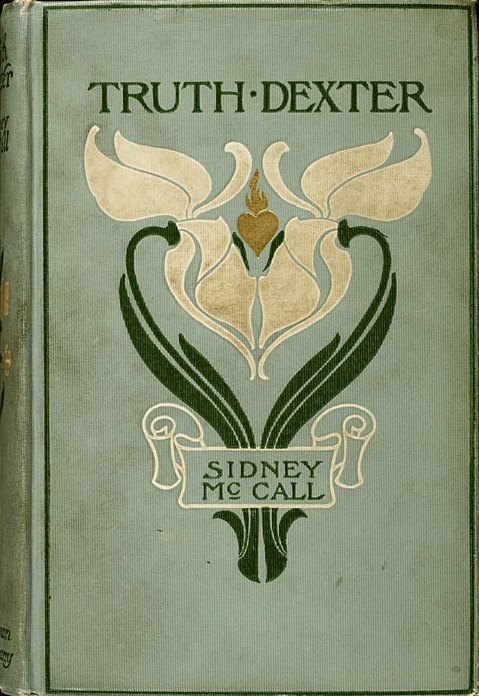 Other, presumably later, versions of the cover lack the single-rule border and/or Sacker's monogram. The English publisher retained all of the original elements (see below). Apparently, Sacker's lettering for the title was used for two different versions of the cover, including one with a paste-on (see below, although difficult to compare, given the condition of the cover). The image of the flaming heart in the middle of the design is found in a number of Sacker's designs.  This book was extremely popular, selling over 40,000 copies in the first year. See the bottom of the page for a cover design for this title by the Decorative Designers. 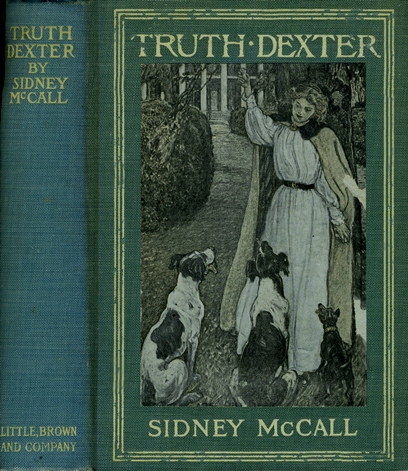