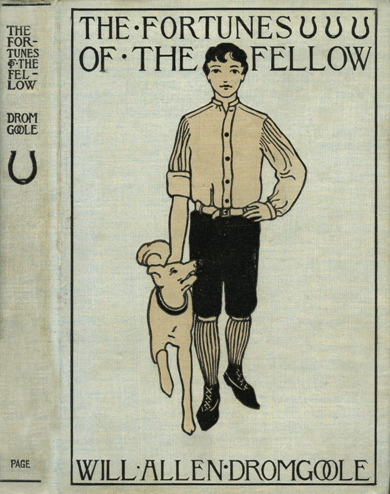 The Fortunes of the Fellow, by Will Allen Dromgoole

Although unsigned, this cover is almost identical to that of The Farrior's Dog and his Fellow, also by Dromgoole. The dog has the same collar and tail, for instance, and the figure of the boy is quite similar. Amy also provided the "Contents" and "Illustrations" headpieces. An 1898 advertisement indicates that Amy also did the illustrations, but I am not certain of that.

My thanks to Duke University for this image.  Note that the (later?) version shown below has lost the second ink color seen on the example above; only the black outline remains, and not the tan/beige. At the bottom of the page, there is a similar sort of cover design, done by Ethelded Barry, the illustrator. He and Amy worked on several titles together. 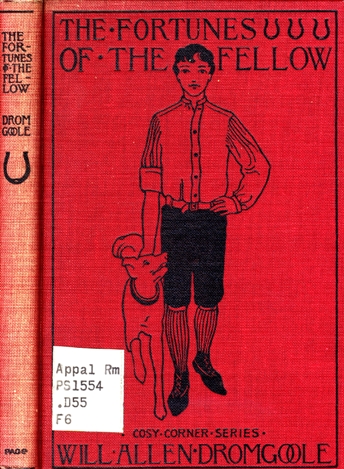 My thanks to Stewart Plein for providing me with the image of this book. This red cover also exists without the "Cosy Corner" mention, in a copy at the University of Florida's Baldwin Library of Historical Children's Literature Digital Collection. There is also a similar copy in light tan/off-white.