Knowles also published several books related to this one under the pseudonym R. L. Paget, some of which were also designed by Sacker.  Her monogram here is the one she tended to use before adopting the interlaced initials on later works. This cover image became a title-page image for The College Girl of America, although without the monogram.

Like the first series of "Cap and Gown" anthologies, this series also had versions with pennants repreasenting colleges and universities. See the Michigan and Penn versions below. There also exists a "Syracuse University" version. 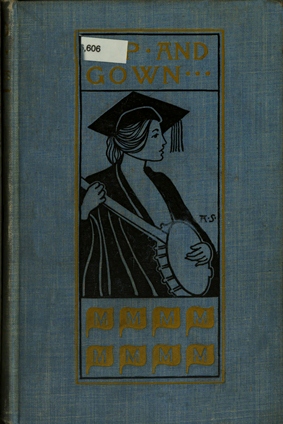 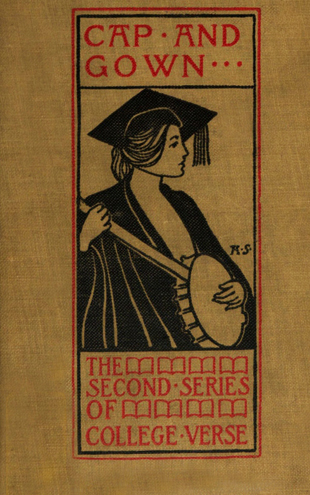 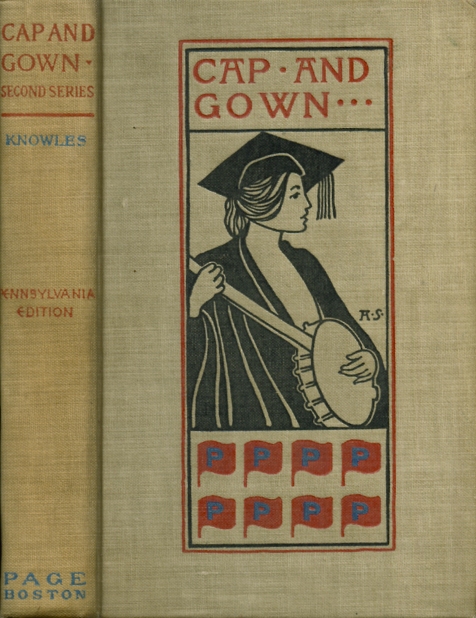 Amy Sacker by Mark Schumacher is licensed under a Creative Commons Attribution-Noncommercial-Share Alike 3.0 United States License. Permissions beyond the scope of this license may be available at http://www.amysacker.net/schumacher.html