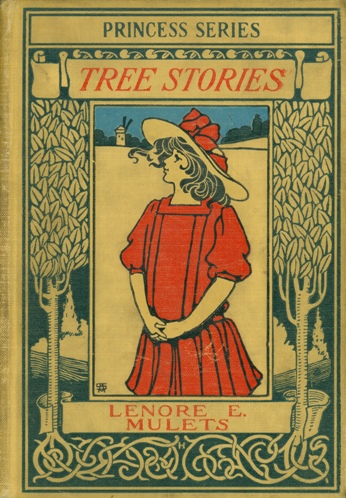 
This central design was used on several titles in Mulets' "Princess Series" books, including Bird Stories. We see here both the American and Canadian editions. A color variant is shown below.

Someone else almost certainly created the surrounding design (signed "H").  Curiously this same central design (but not credited to Sacker) was re-used by the publisher Cupples and Leon in 1917 for books in Minnie Paull's "Ruby and Ruthy" series, including  Ruby at School.