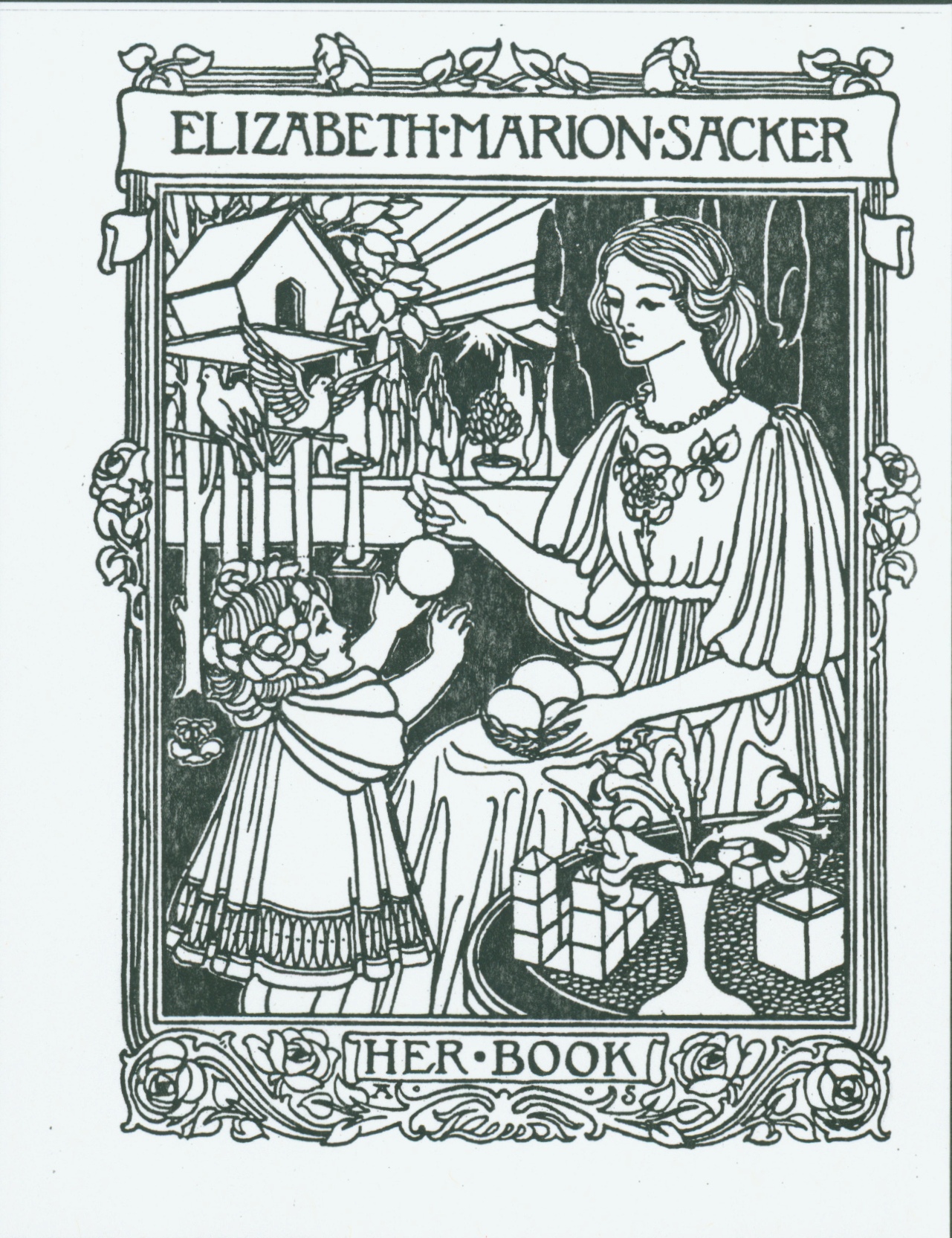 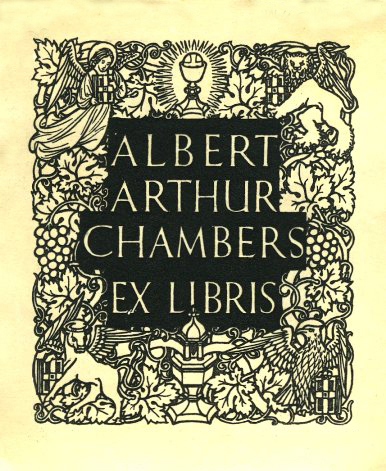 Albert Chambers, a Bishop in the Episcopal Church, presided over Amy's funeral in 1965.  Full of religious symbols including, I believe, the four evangelists, the bookplate seems not to have a monogram.  This bookplate was probably designed in the 1930's or 1940's.

Back to Bookplate home page